Previous Next
When Is The Best Time of Year To Release An Album?

When Is The Best Time of Year To Release An Album?

Earlier this week I saw a headline that caught my eye: ‘When to Release Your Album – Month by Month’. Turns out, David Roberts from Sunshine Promotion in Nashville wrote an awesome article about the best times of the year for an indie artist to release their album.

There are quite a few factors to consider when planning a release, many of them dependent on where you are in your career and the type of plan you have, or coverage you’re looking for. I’d highly recommend checking out the full article, but we’ve pulled some of the highlights and added a few thoughts of our own.

Used to be considered a ‘dead zone’ as sales were low and there was a lesser chance artists would stay in people’s minds until the next push of holiday sales. Recently major labels have been taking advantage of this quiet time and releasing albums from artists with “staying power” (like Adele). With less of a crowd, marketing is easier and cheaper than throughout the year.

Pros: Good if you’re looking for indie blog coverage. Bloggers are coming down from their “Best Of” and year reviews and looking for new music. Bands don’t send a lot right after the holidays so there will be less competition.

Cons: If you don’t have a strong following you’ll be irrelevant by springtime and no one will remember you by the end of the year.

Our thoughts: Canada in particular can be effin’ freezing in the winter. Not ideal for touring a new record. Ideal for holing up and writing/recording new material.

Prime release time for indie bands and those looking to play festivals. Competition is extremely high so Roberts suggests avoiding an indie record at this time. Instead focus on releasing a single or video during this timeframe and hold-off putting out the full record.

Pros: Great season to release a record. Get new material out in advance of playing festivals and spring/summer tours.

Cons: Competition is very high, and you better have the dollars to compete for blog and advertising space. You also need to worry about people’s attention spans. Bloggers and audiences will be overloaded by new releases competing for their attention.

Our thoughts: If you think you have a strong marketing plan or some industry buzz and think you can compete then go for it, but be aware of the competition level. Some of Canada’s big industry events -Canadian Music Week, NXNE (early June)- fall into the spring timeframe. If you’re going to be playing those events or working a tour around them you might consider having your new record out. 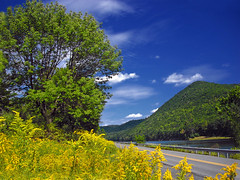 Things start to calm down in the summer, thought it doesn’t mean it’s necessarily the best time to put out a record. The summer is festival season and many of the big ‘tastemaker’ blogs are focussed on covering larger acts at the festivals. Often smaller bloggers who can’t get into the festivals are hungry for new material.

Pros: Good time for an indie release. The spring rush is over and there are fewer new releases to compete with. Smaller blogs are usually looking for new music to cover during this time, and you won’t be competing for the same promotion space as the large acts.

Cons: Some of the bigger blogs will be focussed on the festivals, and you may have to push harder to get the attention of audiences who are in summer festival mode. 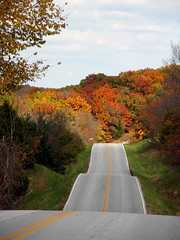 Winter months are best for major label artists trying to take advantage of the holiday sales wave. The winter is usually quiet for indie releases as there’s no summer touring involved, and less artists are touring in the winter.

Roberts suggests this is the best time to release an album. Then you can follow it up with a new single or video in the spring and tour the record then.

Pros: Independent releases aren’t competing for the same space as major label artists during this time. It’s a great time to build relations with bloggers and garner media attention.

Cons: The winter months aren’t an optimal time of year to be touring a new release.

Our thoughts: A lot of Canadian summer festivals start their programming as early as November. If you’re looking to getting onto the festival circuit you might want to consider releasing during this time. Plus I’ve never known a little road ice to stop  a Canadian band tour. Invest in snow tires!

Roberts concludes his article by mentioning that a lot of his points are based around whether a band will be touring or not. If so, then you’ll want to schedule the release around when you think the best time for your tour will be. If your plan instead is to focus on blog coverage, then you can pretty much release at any time throughout the year. Just be mindful of when you have the best chance of being heard by bloggers.

Once again, we’ve just pulled a few of the main points from the piece. I’d highly suggest you check out the full article. And if you have any experiences with the timing of your releases, feel free to include them in the comments section below!