Music Roundup: Headlines From This Week in Canadian Music 7/6

Previous Next
Music Roundup: Headlines From This Week in Canadian Music 7/6

Happy Belated Canada Day to all! Hope everyone got as much (or maybe slightly less) sun than we did.

The week in Canadian music included some interesting headlines, from a Member of Parliament denouncing a Canadian rapper’s video, to the (temporary) reunion announcement of a beloved rock band. Here are some stories making news in Canadian music this week:

A Conservative Member of Parliament from the Selkirk-Interlake riding in Manitoba has denounced a music video from rapper Manu Militari. MP James Bezan says the video, which shows the reenactment of an Afghan roadside bomb killing Canadian soldiers in a military vehicle, glorifies terrorism.

Bezan is asking that all money given for the production of the video through a MusicAction grant (funded by Heritage Canada) be returned. Militari says the video was meant to humanize Afghanistan and denounce the war.

Renowned Luthier Gets Order Of Canada

The prominent guitar maker, William “Grit” Laskin has been appointed to the Order of Canada; the highest civilian honor in our country. Laskin, who started making guitars in 1971, is known for engraving inlaid artwork into his guitars.

He is the originator of the armrest and ribrest edge beveling. His guitars have been sought after by many famous artists including k.d.lang, Tom Cochrane, Jesse Cook, and Stan Rogers. 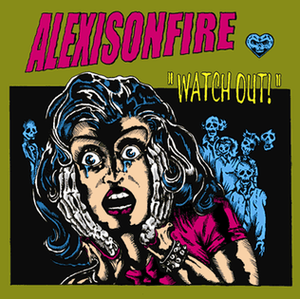 City and Colour lead man Dallas Green has said that his former post-hardcore band Alexisonfire will likely reunite for a “proper” farewell tour.

The band announced last year that they would be calling it quits after Green said he was going to focus more on City and Colour. The band never announced their breakup until after their last show.

Have any headlines that we missed? Post them below!