Music Roundup: Headlines From This Week in Canadian Music 7/27

Previous Next
Music Roundup: Headlines From This Week in Canadian Music 7/27

Calgary’s alternative weekly newspaper ruffled some feathers when they called out Canadian music as being “boring” and “mediocre”. Get the scoop and check out some other headlines making news this week in Canadian music.

In a confusing article that launched some of Canada’s industry types into a heated conversation, FFWD called out Canadian music for being “boring” and attacked the industry for giving in to “mediocrity”.

The article itself was released last week, but the conversation filled Twitter space in the days thay followed. We’ll reserve all judgements…  we’re still too busy trying to figure out how 4/10 equals a majority…

The festival will also include some of the Six Shooter family, including Whitehorse, The Beauties, and Jenn Grant. 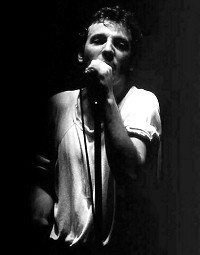 Bruce Springsteen has announced that he will extend his tour, including the addition of three more Canadian dates. Adding to the previously announced stops in Toronto and Moncton, the tour will now include shows in Ottawa (Oct 19), Hamilton (Oct 21), and Vancouver (Nov 26).