Previous Next
Rebound: Canadian Music Sales On The Rise 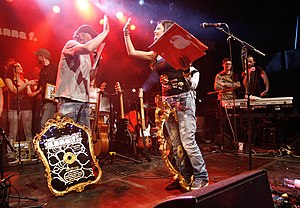 Unsurprisingly, physical music sales continue to fall, dropping 13.6% to $232.6 million. However, this drop was made up for (and more) through the sale of digital music, which increased by 38.9% to $162.4 million.

This means that the gap between physical and digital sales continues to close as the split breaks down to 59/41 in favor of physical sales.

To see the full Canadian profile from the study, head over to Music Canada.