Music Roundup: Headlines From This Week in Canadian Music 7/13

Previous Next
Music Roundup: Headlines From This Week in Canadian Music 7/13

Busy week in Canadian music. From a major Supreme Court ruling with serious implications for the music industry, to a couple big announcements form one of Canada’s rising stars, we look at some of the events making news this week.

Oh, and there’s something about Justin Bieber too…

Dealing a significant blow to Canadian musicians, songwriters and publishers, the Supreme Court of Canada ruled this week to do away with royalties for music downloads. This means that companies and media outlets who offer music streaming and downloading services won’t have to pay as much to copyright collection agencies such as SOCAN.

This ruling overturned a lower-court decision that had allowed SOCAN to collect tariffs on songs that streamed and downloaded. This included song samples that retailers would offer their customer. 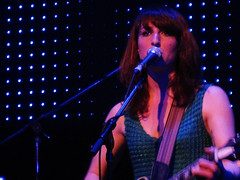 The BC-based songstress made headlines this week when she announced that she would be signing on with Dine Alone Records to release her self-titled, sophomore album.

Slated for release on October 2nd, the album will follow up her 2010 debut This Is Good, which was nominated for the Polaris Prize. 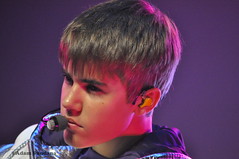 A Justin Bieber concert was just a little too much for one Oregon fan to handle. Bieber was slapped with a $9.2 million lawsuit after the fan claims her hearing has been permanently damaged following a concert.

She attributes the hearing loss to the screaming fans, and blames Biebs for “enticing the crowd” by “waving his arms in an upwards motion”. To Justin, I say: How dare you sir!

Pulse Records and White Knight Music Group have announced that they are looking for independent music for the producers at the NBC and CTV networks.

The search is to find music placement for the upcoming Olympic Games in London, as well as for broadcasts throughout the year. Follow the link above for more info on how to apply!