Previous Next
Testimony Time: Making Sense Of The Fight For Internet Radio Fairness

On Wednesday, the music industry hit Capitol Hill in Washington DC for the first round of congressional hearings regarding the highly controversial Internet Radio Fairness Act (IRFA).

To over simplify, IRFA is a bill spearheaded by digital music services (Pandora at the forefront) that would base the royalty payment structure for internet radio off similar standards used for satellite and cable radio.

In essence, this means lowering the royalty rates that internet services have to pay to artists and performance rights organizations.

The outcome of the hearings will have a significant impact on the future of internet radio and revenues for musicians. IRFA has drawn some heated argument from both sides of the industry. We’re going to attempt to break down the debate and highlight some of the arguments coming from both sides.

Jump to the Pandora argument.

Jump to the Musician/Coalition argument.

The Story Behind IRFA

In America, royalty rates are decided by the Copyright Royalty Board (CRB), a three-judge panel that sets rates every five years. Currently, internet radio services like Pandora pay royalty rates that are determined by the “willing buyer, willing seller” standard, one that bases rates off of “fair market value”, and requires internet radio to pay a small amount (fractions of a cent) for every song they play.

Satellite and cable radio have rates determined by a separate standard known as “801b” that judges must adhere to using four set criteria, and requires them to pay a percentage of their overall revenue.

Using separate standards to determine rates has resulted in internet radio services having to pay out a much higher portion of their revenues. Last year Pandora paid out over 50% of its revenues in royalties, and has yet to make a profit as a result.

Meanwhile, satellite radio pays about 7.5% of its yearly revenue, and cable radio pays about 15%. What’s more, terrestrial radio stations have long been exempt from paying performance rights for sound recordings*.

Note* This is unique to America. Radio companies only pay songwriters and publishers, not performers or record labels. This comes from a 100 year old system that suggests radio offers performers enough promotional value that they don’t also owe them royalties. In Canada, terrestrial AM/FM broadcasters are required to pay royalties.

Pandora and others have asked congress to support the Internet Radio Fairness Act, a bill that would overturn previous legislation and allow for internet radio royalty rates to be based off the 801b standard.

The parties in support of IRFA say it will create a more level and competitive playing field, encourage growth and innovation for internet radio technologies, and create more profit for the artists in the long run.

A large coalition of artists, record labels, and organizations have spoken out against IRFA saying it will significantly reduce the amount of money they will receive in royalty payments, and will unfairly allow companies like Pandora to profit off the backs of artists.

High royalty rates place an unfair burden on Internet radio services, and threaten to destroy an industry that simply can’t afford to stay in business. Under the current royalty rates most, if not all stand-alone internet radio providers go bankrupt.

– Pandora makes up only 7% of US radio listening and pays close to a quarter-billion dollars.

– They pay more than any other company, including SiriusXM who makes 8 times their revenue.

– Pandora pays more than all broadcast, satellite and internet radio services in the UK, France, Canada, and Australia combined.

Pandora seems to be the only company that has been able to make a serious go, and even then the company pays out over half of its revenue in royalties, and has never turned a profit.

As Kurt Hanson points out, if the leading firm in an industry can’t break even, you can assume smaller webcasters and start-up firms are struggling even more. Most small webcasters, under the current royalty rates, would have to pay more that 100% of their revenues.

Other internet radio providers are owned by larger corporations, and radio operations are subsidized by revenues from elsewhere in the company. Essentially they become loss-leaders for the larger conglomerates.

Without reasonable room for growth, there is little incentive for anyone to invest in internet radio. It scares away entrepreneurs,  stifles innovation in the digital music sector, and will hurt artists, consumers, and new technology in the long run.

As venture capitalist David Pakman stated in his testimony to congress, the problem with the free-market “willing buyer, willing seller” standard, is that with the near-monopoly concentration of the music industry, a “free market” doesn’t exist.

The industry is controlled by three major labels, with two of them owning almost two-thirds of all record sales.

Support For ALL Music

A flourishing Internet radio industry supports all genres of music and offers opportunities for niche artists who might never get played on satellite or broadcast radio. This benefits the artists by increasing the channels through which they can get paid for their work, and benefits the consumer by giving them more choice.

The Internet Radio Fairness Act isn’t “fair” at all, and would significantly limit the compensation for the artists themselves. If IRFA changed internet radio rates to the 801b standard, it would lower royalty payments to artists by as much as 85%. As producer Jimmy Jam (Recording Academy Trustee) notes in his testimony:

When a listener buys a 99 cent song on Amazon, the artist or copyright holder gets 70 cents. When a listener streams the same song on Pandora, the internet radio service pay one-tenth of a cent to SoundExchange.

The consumer would have to listen to that song every day for two years to equal the payment from one download.

Furthermore, that royalty payment is split by the copyright owner, the songwriters, the session musicians, and the producers.

Pandora and others asking congress to approve IRFA is essentially asking for a government-imposed below-market royalty system that will allow Pandora and shareholders to earn a greater profit at the expense of the artists.

Those opposed to IRFA argue it’s unfair to force artists into taking a reduced royalty rate, despite the fact they’re the ones creating the content that Pandora in turn uses to make money.

Willing buyer/willing seller is the most fair way of determining compensation for artists as it ensures the CRB bases decisions off of actual market values.

Michael Huppe, President of SoundExchange, argues that Pandora isn’t forced into paying a portion of its revenues. What Pandora must pay is: the greater of 25% of gross revenues OR the per-performance rate of a tenth of a cent for every play. This works out to being around $4 a year for every listener that uses Pandora for 20 hours a month.

The fact that Pandora paid 50% of its revenues last year is their choice. In an effort to create a better consumer experience, they chose early on to run less advertisements and refrain from charging user fees to their customers (they do charge ‘heavy users’).

Pandora follows a strategy of prioritizing the number of listeners over maximizing revenues, and in doing so only run 2-3 audio ads per hour.  As Huppe argues, musicians shouldn’t be the ones subsidizing Pandora’s decision to grow its audience over growing revenues.

Clearly the IRFA is a complex topic with many layers that need to be considered. A significant portion of the initial hearing focussed on why broadcast radio is exempt from paying royalties at all; an issue that we didn’t even touch on here. 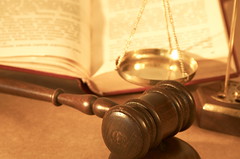 From where I’m sitting, it’s easy to see the concerns from both sides of the fence. In a music industry that has been so financially damaged, it’s important that we encourage digital innovations and do all we can to see that new platforms can grow.

At the same time, we must protect the artist rights and ensure that they’re being compensated fairly for their work.

It’s a heavy debate, that frankly I’m surprised hasn’t been getting more attention from the music and media community. I’m curious to hear others’ thoughts on the debate. Join the discussion by posting your thoughts and comments below!

For more information on IRFA and the Congressional hearings, check out the following resources:

Judiciary Website – Testimony statements from all witnesses in the hearings (interesting debates!)

Radio and Internet Newsletter– Summary of the hearings

Kurt Hanson Article on Billboard– Why IRFA is good for innovation