For companies that have seen better days, record labels still operate with a tremendous pool of resources.

Earlier this week, the IFPI released a report that highlights the impact that major and independent record companies continue to have on the music industry, and examines some of the costs required to break a new artist into the mainstream spotlight.

You can read the full report, “Investing in Music: How Music Companies Discover, Nurture, and Promote Talent” on the IFPI website. Here are some of the findings that we found particularly interesting:

Despite a global economic climate that hasn’t exactly been ideal in the last few years, record companies around the world have spent over $4.5 Billion on A&R. That amounts to 26% of industry revenues, and is significantly more that most other industrial sectors spend on R&D (Software/Computing- 9.6%, Pharmaceutical/Biotech- 15.3%).

The four major labels combined have over 5,000 artists on their rosters, with indies signing tens of thousands. New artists (signed for 12 months or less) make up 23% of signed bands, which is a huge indicator of the importance of new music.

Three separate studies found that an overwhelming number of artists – 71% in the UK, 75% in the USA, and 80% in Germany- would still want to have a recording contract with a major or independent label. 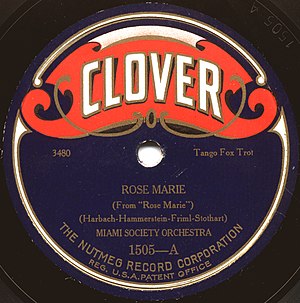 While the music industry is global, record companies tend to invest heavily in domestic artists. In 7 out of 10 of the top recorded music markets, local artists account for over half of all sales of Top 100 albums. Brazil leads that category with 88% (USA 66%, UK 53%).

Max Hole, COO of Universal Music Group says that in the last 30 years, over 80% of industry revenue has been made in 10 countries. That number is expected to change as emerging markets around the world invest more heavily in their own music industries.

It Can Cost Upwards Of $1.4 Million To Break An Artist Into A Major Market

Of course this number can fluctuate greatly depending on the artist, genre, and market, but the typical cost to break a major label pop artist into a major market looks like this:

Though the report is best taken with a grain of salt (record label bias, anyone?), it raises a number of other interesting points and touches on new digital music services, the importance of recorded music vs. live/touring revenue, and the benefits of label support vs. a DIY career.

Head over to IFPI to read the full report.