The studio can be a unique environment as far as emotions are concerned. Sessions tend to run the gamut from fun and light-hearted to tense and taxing, often hitting the full spectrum in one day.

Arguments are inevitable (we are human after all!), but studio sessions can be expensive and in-studio fights can drain your resources faster than anything.  Negativity will affect your playing, and it’s amazing how much a frustrated vibe in studio reflects itself in the final mix.

Before you go all Oasis, here are 4 tips to avoid in-studio band arguments:

Perhaps the most common source of disagreement in the studio stems from differing opinions on arrangements. Maybe a solo isn’t working and some want to cut it. Maybe a last minute tambourine track should be added. Try to sort out your arrangement as clearly as possible so that everyone is on the same page and parts are worked out before the session.

Things are going to happen, and rarely does a track not undergo some sort of transformation in the studio, but the better you can sort out arrangements beforehand, the less risk you leave of major arrangement-related disagreements.

Record yourself in rehearsal to get an idea if your arrangements are working.  Don’t assume everything in your head will translate. Play around with arrangements so you’re not hearing them for the first time in the studio.

2) Hire or Designate a Producer

This can apply to a band career in general. Democracy is great, but at a certain point (especially when the studio clock is running) it becomes more efficient to have one person with the final say. We’ve seen plenty of situations where band members go in circles because there’s no clear leader to make a final decision.

This might be built into your band dynamic already –having a front man or group leader- but if not, consider sorting this out before you head into the studio.

If you’ve hired a producer, you’re essentially paying them to make the final decisions on the direction of the project. Hire someone you trust, and then trust them! 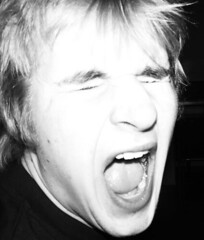 Studio sessions can be long, arduous days. Don’t overlook the importance of proper food and rest. The “cranky” dial gets turned way up when people are tired, hungry, or hungover.

That won’t translate well in the studio and it amplifies the potential for some nasty moods.

Rest up the night before and always bring some extra snacks and drinks. Think of how your performance might differ on a light lunch versus a greasy pizza. If food effects your playing then plan accordingly. If you’re feeling your best, it will come across in your attitude and in your playing.

Obvious, but this goes a long way. Being in a studio is putting yourself under a microscope. It can be intense. If someone flubs a note, chances are they know it. No one needs a band member pointing out every mistake.

There’s a fine line between constructive criticism, and negativity. Try your darndest not to cross it. The easiest way for a performance to fly off the rails is if a player is feeling tense or uncomfortable. Be encouraging.

Have more tips for avoiding band fights in the studio? Post them below. For more studio tips check our interview with session guitarists Adrian Gross and Darryl Poulsen.